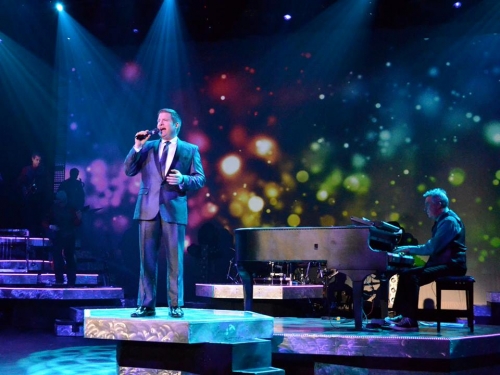 Alabama Theatre was born from a vision of the country music trio, Alabama. These band members lived in Myrtle Beach in the 1970s and when they came back to the area in 1991, they collaborated with the owner of TNN, Country Music Television and the Grand Ol’ Opry – Gaylord Entertainment – to write, direct and produce a nightly production in what is now the Alabama Theatre.

Who has graced the Alabama Theatre’s stage but Jay Leno,  Ricky Van Shelton, Charlie Pride, Lorrie Morgan, Billy Ray Cyrus, the Oak Ridge Boys and the legendary George Jones to name but a few, in addition to the house show. Don’t miss the most recent line up. Call for concert updates, ticket information and reservations.